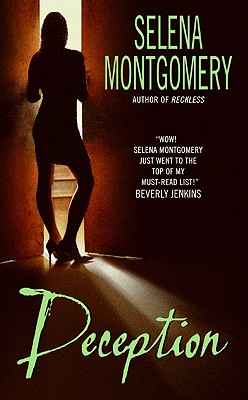 New York Times bestselling author and political leader Stacey Abrams, writing under her pen name Selena Montgomery, delivers a gripping story of a woman forced to play the hand life dealt and the FBI agent who calls her bluff.

Playing the odds has always been Fin Borders’ forte. As a professional poker player, she knows when to get out to keep from losing everything. But an innocent woman has been accused of murder, and to help, Fin will have to go back to the small southern town of her birth. It’s a place she’s been running from her entire life, a place of violence, where she got by with nothing more than her wits. Returning to Hallden, Georgia, means facing the ghosts of a brutal crime that Fin will never forget.

But Fin isn’t the only one in Hallden hunting for a killer. FBI Special Agent Caleb Matthews is deep undercover, hiding his true identity and his own desperate history. Working alone is far too dangerous, so he and Fin must learn to trust each other. But as they grow closer, they are unprepared for the shocking deception that could destroy everything they hold dear.

“[Never Tell] will keep you reading late into the night. This compelling story is an amazing combination of emotion, suspense and drama.”
— Romantic Times