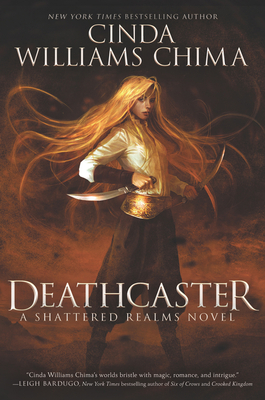 This is book number 4 in the Shattered Realms series.

Warrior Alyssa ana’Raisa would do anything to protect her home, the Fells, and her legacy, the Gray Wolf line. But as a prisoner of Empress Celestine, Lyss is forced to turn her fearsome talents as an army commander against her beloved homeland. Refusal would swiftly lead to her death, and her death would end the Gray Wolf line.

In Lyss’s absence, Fellsmarch Castle swarms with intrigue, deception, and a primordial threat. Destin Karn, a southern spymaster with a hidden agenda of his own, might be the queendom’s only hope of defeating the forces aligned against the Seven Realms . . . as well as the enemies within the castle.