Everywhere You Want to Be (Paperback) 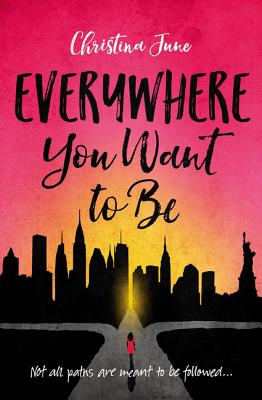 Tilly has been given an ultimatum from her mother-- she can attend the summer dance program of her dreams in NYC if she puts her deposit in for fall admission to Georgetown but Matilda Castillo schemes how to get the best of both worlds. With her deposit in, and a deferment until next year, Tilly sets out to pursue her dream of professional dancing. But in the cutthroat world of dance, she may have made a few enemies.

Matilda Castillo has always followed the rules, but when she gets injured senior year, she's sure her dreams of becoming a contemporary dancer have slipped away. So when Tilly gets a once-in-a-lifetime opportunity to spend the summer with a New York dance troupe, nothing can stop her from saying yes--not her mother, not her fears of the big city, and not the commitment she made to Georgetown. Tilly's mother allows her to go on two conditions: one, Tilly will regularly visit her abuela in New Jersey, and two, after the summer, she'll give up dancing and go off to college.

Armed with her red vintage sunglasses and her pros and cons lists, Tilly strikes out, determined to turn a summer job into a career--and figure out how to break it to her mother later. Along the way she meets new friends ... and new enemies. Tilly isn't the only one desperate to dance, and fellow troupe member Sabrina Wolfrik intends to succeed at any cost. But despite dodging sabotage and blackmail attempts from Sabrina, Tilly can't help but fall in love with the city, especially since Paolo, a handsome musician from her past, is also calling New York home for the summer.

As the weeks wind down and the competition with Sabrina heats up, Tilly's future is on the line. She must decide whether to follow her mother's dream of college or leap into the unknown to pursue her own dreams.

A modern take inspired by Little Red Riding Hood, Everywhere You Want to Be features: