Home Work: A Memoir of My Hollywood Years (Hardcover) 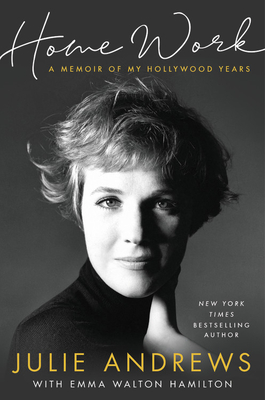 "Home Work is an admirable book in many ways: Andrews' frankness about how therapy has helped her, her clear-eyed assessment of her beloved but troubled husband, 'Blackie,' and the graceful kindness that's evident on every page."—The Seattle Times

A delightful remembrance of her own childhood, and an engrossing prelude to her cinematic career . . . Andrews is an accomplished writer who holds back nothing while adding a patina of poetry to the antics and anecdotes throughout this memoir of bittersweet backstage encounters and theatrical triumphs.—Publishers Weekly

Frank and fascinating . . . Andrews comes across as plainspoken, guilelessly charming and resoundingly tough.—Time