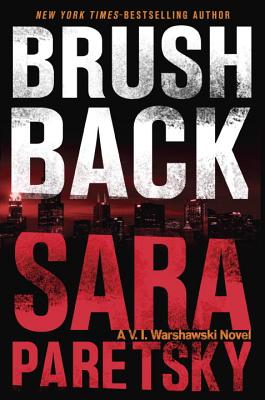 This is book number 17 in the V.I. Warshawski series.

No one would accuse V. I. Warshawski of backing down from a fight, but she'd happily avoid tangling with Chicago political bosses. Yet that's what she ends up doing when she responds to a plea for help from an old high school flame, Frank Guzzo. Frank's mother Stella was convicted of killing his kid sister, but now that she's out of prison, she's looking for exoneration. Even though the Warshawskis and Stella never got along, V. I. agrees to make a few inquiries after she sees how hard life has been on Frank and her other childhood friends. Only, that small favor leads her straight into the vipers' nest of Illinois politics--and soon her main question isn't about Stella's case but whether or not she'll make it out of this investigation alive... A Washington Post Best Mystery of 2015

Sara Paretsky is the New York Times bestselling author of the renowned V.I. Warshawski novels. Her many awards include the Cartier Diamond Dagger Lifetime Achievement Award from the British Crime Writers' Association and the 2011 Mystery Writers of America's Grand Master Award. She lives in Chicago.