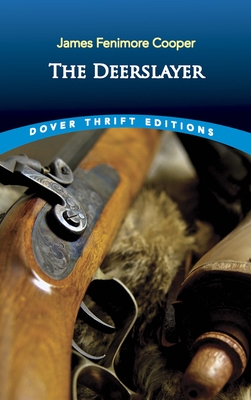 Natty Bumppo -- also known as the Deerslayer, the Pathfinder, and Hawkeye -- returns in this adventure by America's first great novelist. Originally published in 1841, The Deerslayer was the final installment of James Fenimore Cooper's five Leatherstocking Tales, although its action precedes that of the earlier novels. Thus, the story provides a perfect introduction to the series, tracing the young hero's evolution from Deerslayer to Hawkeye.
Cooper recalled the territory of his youth, New York's Lake Otsego region, in the settings of his novels, recapturing the region's natural beauty as well as the danger and excitement of frontier life during the French and Indian War. This dramatic tale of the Deerslayer's attempt to rescue a trapper and his family from an Iroquois attack was acclaimed by D. H. Lawrence as "one of the most beautiful and perfect books in the world: flawless as a jewel and of gem-like concentration.

The son of prominent federalist William Cooper, the founder of the Cooperstown settlement, James Fenimore Cooper was America's first true literary star. Extremely prolific, he wrote 32 novels, 12 works of nonfiction, a play, and dozens of pamphlets and articles. His ultimate achievement is known as The Leatherstocking Tales, five novels featuring the rugged exploits of Natty Bumppo.