A Few Red Drops: The Chicago Race Riot of 1919 (Hardcover) 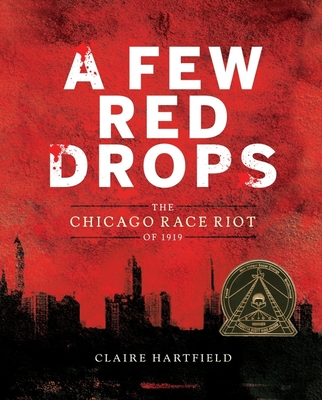 By Claire Hartfield
$18.99
On Our Shelves Now

On a hot day in July 1919, five black youths went swimming in Lake Michigan, unintentionally floating close to the "white" beach. An angry white man began throwing stones at the boys, striking and killing one. Racial conflict on the beach erupted into days of urban violence that shook the city of Chicago to its foundations. This mesmerizing narrative draws on contemporary accounts as it traces the roots of the explosion that had been building for decades in race relations, politics, business, and clashes of culture. Archival photos and prints, source notes, bibliography, index.

Claire Hartfield received her B.A from Yale University and her law degree from the University of Chicago. As a lawyer, she has specialized in school desegregation litigation. More recently, she has been involved in setting policy and creating programs in a charter school setting on Chicago's African-American West Side. She heard stories of the 1919 race riot from her grandmother, who lived in the Black Belt in Chicago at the time, and was moved to share this history with younger generations. Ms. Hartfield lives in Chicago.

"Richly illustrated with contemporary photographs, the narrative is also carefully researched, drawing on accounts from the time... A comprehensive, careful account." —Kirkus

"This well-documented text outlines the events leading to the race riot in Chicago in the summer of 1919...This solid entry covers a topic not often mentioned in YA literature, and will support researchers looking for balanced coverage for history, civil rights, and economics reports."
— Booklist

"Photos, editorial cartoons, and advertisements further immerse readers in a vivid chronicle with no shortage of contemporary relevance."--Publishers Weekly

"A worthy and gripping account of early 20th-century African American, immigrant, and labor history framed by the haunting murder of a young black man."--School Library Journal

"This readable, compelling history explores the longstanding and deeply rooted causes of the 1919 Chicago Race Riot, which left thirty-eight people dead and 537 wounded (two-thirds of the casualties were black; one-third, white)."--Horn Book

"Young readers will find this an excellent example of narrative nonfiction."--VOYA