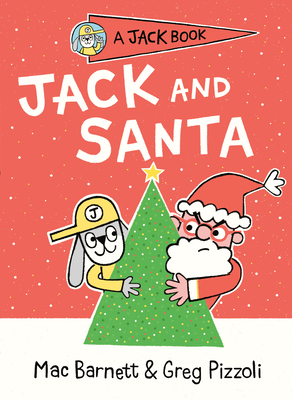 This is book number 7 in the A Jack Book series.

When Jack finds himself on the naughty list, he worries that Santa will bring him coal. But Jack wants presents--lots of them. Will Jack be able to prove to Santa that he's not so bad after all?

Welcome to the laugh-out-loud and irreverent world of Jack, a new early reader series by the New York Times bestselling and award-winning team of Mac Barnett and Greg Pizzoli.

Greg Pizzoli is an author, illustrator, and printmaker. His first picture book, The Watermelon Seed, won the Theodor Seuss Geisel Award, and his book Good Night Owl was a Geisel Honor. His Viking nonfiction picture book Tricky Vic was a New York Times Best Illustrated of 2015. He lives in Philadelphia.

★ "You better watch out for this excellent early reader." --Kirkus Reviews, starred review

★ “Barnett works wonders with a limited vocabulary, packing the stories with humor, tension—and admonishments of Jack. Pizzoli’s scruffy-edged, emotive cartoons are just as funny, and he carries the comedy into drawing lessons and closing endpapers.” –Publishers Weekly, starred review

★ "Jack is a rule-proof bundle of bunny-eared id who does as he pleases, and therein lies his considerable charm.” –BCCB, starred review