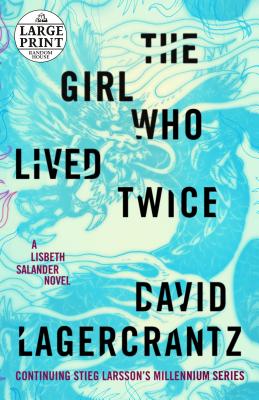 By David Lagercrantz, George Goulding (Translated by)
$30.00
Temporarily Out Of Stock - Can Be Ordered For You, Takes Extra Time.

DAVID LAGERCRANTZ is an acclaimed Swedish author and journalist. He is the author of three books in the Millennium series: The Girl who in the Spider’s Web, The Girl Who Takes an Eye for an Eye, and The Girl Who Lived Twice.  He is the coauthor of numerous biographies (including the internationally best-selling memoir I Am Zlatan Ibrahimovic) and the acclaimed novel Fall of Man in Wilmslow, on the death and life of Alan Turing.