A Visible Man: A Memoir (Hardcover) 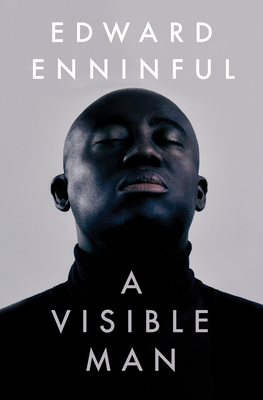 From one of our culture's most important changemakers, a memoir of breaking barriers.

When Edward Enninful became the first Black editor-in-chief of British Vogue, few in the world of fashion wanted to confront how it failed to represent the world we live in. But Edward, a champion of inclusion throughout his life, rapidly changed that.

Now, whether it’s putting first responders, octogenarians or civil rights activists on the cover of Vogue, or championing designers and photographers of colour, Edward Enninful has cemented his status as one of his world’s most important changemakers.

A Visible Man traces an astonishing journey into one of the world’s most exclusive industries. Edward candidly shares how as a Black, gay, working-class refugee, he found in fashion not only a home, but the freedom to share with people the world as he saw it. Written with style, grace, and heart, A Visible Man shines a spotlight on the career of one of the greatest creative minds of our times. It is the story of a visionary who changed not only an industry, but how we understand beauty.

Edward Enninful is Editor-in-Chief of British Vogue and the European Editorial Director for Vogue. As a lifelong advocate for diverse voices, Edward spearheaded "The Black Issue" at Italian Vogue which featured only Black models. He eventually rose to become the fashion and style director of W Magazine. In 2017, Edward became editor-in-chief of British Vogue, making him the only Black person to serve in this role in the history of Vogue. Born in Ghana, he currently resides in London.

“This openhearted, awe-arousing memoir by the Ghana-born editor-in-chief of British Vogue chronicles his professional rise and personal mission to diversify the look of fashion.” —Shelf Awareness

“[This] memoir truly shines . . . A Visible Man is about a life in the media and fashion worlds, but it is also about a man of many identities finding his voice in a world that has not always wanted to hear it. Enninful is making that world a more beautiful and welcoming place than he found it.”—New York Times Book Review

“In his not-to-be-missed memoir, Ghanaian British stylist Enninful charts a determined path to his current dual role as editor-in-chief of British Vogue and European editorial director for Condé Nast. . . Expressive and forthright, Enninful’s memoir is lush with visual storytelling and generous personal refrains, such as the author’s deep work ethic and appreciation for powerful women, his battles with impostor syndrome and racism, and his embrace of change and commitment to lifting up fellow Black creatives at every opportunity.”—Booklist (starred review)

“Edward Enninful inspires a whole new generation to show us anything is possible when you work hard with love and passion. His story in his own words is a lesson to us all as he has paved the way for so many. I learned so much from Edward when he worked on my team. His dedication, creativity and kindness as a colleague and friend are exceptional. This book is a revelation and shows the genius and strength of this wonderful, pioneering, legendary man of Fashion.” —Donatella Versace

“Edward’s book is the proof that you can have a beautiful soul, an extraordinary eye, and a loving heart . . . and confirms that showing vulnerability can be inspiring and glamorous, and compassion can be expressed in the pages of Vogue.” —Diane von Furstenberg

“Edward’s talent and hard work have always been an example, he has strongly contributed in building a new vision, open and modern.” —Miuccia Prada

“Edward Enninful is not just a local hero but a globe icon.” —Steve McQueen

“Edward’s journey is a lesson for the culture and future generations to come. He is an inspiration.” —Naomi Campbell

“Edward’s story is a true beacon of inspiration, hope, and change for the better. He has blazed a path for so many to follow, which sadly had never been possible before.” —Claudia Schiffer

“Anyone interested in what it takes, from a beautiful human being’s point of view, to change an industry from within, should read this book. Edward offers an insight only he can. Enjoy it. Share it.” —Idris Elba

“I have always had great respect for Edward Enninful . . . I watched him grow, both professionally and as a person, and begin to make his voice heard, with ever greater determination, on important and topical issues. Perhaps one of the very first to speak out on thorny topics in the fashion context, which until recently has preferred to stick to positive conversations only. I believe that now, as editor-in-chief of British Vogue and editorial director for Condé Nast Europe, Edward is carrying out important work, leading change, and challenging the obsolete elements of the fashion system, while never disrespecting the legacy and the goals that fashion has achieved.” —Giorgio Armani

“A dazzling debut . . . Readers will relish Enninful’s glamorous ascent as much as they will his willingness to detail the ‘ceaseless struggle’—'rejections, aggressions both macro- and micro-, overnight flights’—it took to build a ‘bolder, more inclusive’ industry. Fashion mavens and forward thinkers alike will be mesmerized.” —Publishers Weekly

“Edward Enninful’s passionate leadership has transformed the world of fashion from a very largely white environment into a far more diverse one. His absorbing self-portrait gives us profound insights into growing up black and gay in Ghana, London, and in the fashion media. He is courageously truthful about his own demons and pulls no punches in depicting his battles against racism. It’s a terrific and, I think, important book.” —Salman Rushdie

“I thought I had heard it all, but this is a fascinating read even to me and I am probably the oldest still living, still working fashion editor. Edward, as always, speaks from his very large heart. It is a story of how he carved his way through a very tough fashion industry to the top, making a path not only for himself but also for all the young people of color who had not been given a chance. Despite all his hardships as a child and as a teenager, it turns out he was born at exactly the right time. Everything is changing and Edward has been an essential part of the fight.” —Grace Coddington