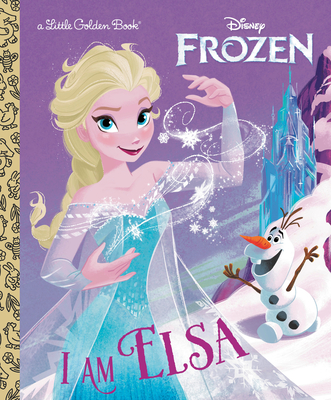 This new Little Golden Book is all about Elsa, the star of Disney Frozen and Frozen 2--releasing in theaters November 22, 2019!

This new Little Golden Book celebrates everything that is special about Elsa, the new Queen of Arendelle with amazing magical powers from Disney Frozen. Her younger sister, Anna, as well as Kristoff, Sven, and Olaf are all featured in gorgeous retro-style illustrations. This book is a must-have for children ages 2 to 5, plus Disney Frozen fans--and collectors--of all ages! The exciting sequel, Frozen 2, hits theaters November 22, 2019.

Disney Frozen is the #1 animated film of all time, featuring a powerful story, a strong ensemble cast, a pair of relatable sisters, magical environments, and unforgettable music.

Christy Webster edits and writes books for kids as part of her job in the editorial department of a major New York children's book publisher. She is a big fan of popular culture and has a great eye for quirky illustration styles. Among her titles are A is for Awful: A Grumpy Cat ABC Book, Big Fish, Little Fish, and I Can Be a Ballerina. She lives in Queens, New York.

Alan Batson is a British cartoonist and illustrator. His works include Everything I Need to Know I Learned from a Star Wars Little Golden Book, Everything That Glitters is Guy!, and Baby McStuffins.