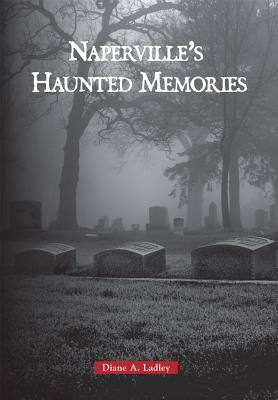 Historic, haunted, chilling tales of the town of Naperville, Illinois as told by America's Ghost Storyteller. A must-read for fans of the paranormal.

Established in 1831, Naperville is one of the oldest settlements in the Greater Chicago area. The city's rich and fascinating heritage has been carefully passed down from one proud generation to the next; however, nowhere has Naperville's ghostly oral tradition and haunted history been preserved until now.

Most of Naperville's unique legends--compiled for the first time ever in these pages--arose from accounts of actual historic events and from the lives of notable personages in the city's long history. As the tragic events and persons faded from living memory, all that might remain of them would be ghost stories whispered by firelight and, later, by flashlight tucked under a teenager's chin at slumber parties.

Some eerie legends in these pages have origins that are lost in time, and still other hair-raising ghost stories included in this work are chilling contemporary, firsthand accounts of paranormal encounters within Naperville's sprawling boundaries . . . perhaps from even just down the street.