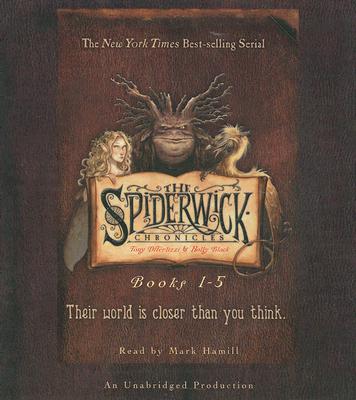 It all started with a mysterious letter left at a tiny bookstore for authors Tony DiTerlizzi and Holly Black. Its closing lines: “We just want people to know about this. The stuff that has happened to us could happen to anyone.” Little could they imagine the remarkable adventure that awaited them as they followed Jared, Simon, and Mallory Grace and a strange old book into a world filled with elves, goblins, dwarves, trolls, and a fantastical menagerie of other creatures. The oddest part is in entering that world, they didn’t leave this one!

Holly Black is the #1 New York Times bestselling author of the Spiderwick Chronicles (with Tony DiTerlizzi) and the Newbery Honor–winning book Doll Bones. Her other works include the Good Neighbors graphic novels, as well as The Darkest Part of the Forest, Valiant, and Ironside. She currently lives in the realm of western Massachusetts.

Tony DiTerlizzi is a New York Times bestselling author who was awarded a Caldecott Honor for his cinematic version of Howitt's classic The Spider and the Fly. His art has graced the work of J. R. R. Tolkien, Anne McCaffrey, and Greg Bear. He and his wife reside with their pug in Amherst, Massachusetts.

Mark Hamill is an American actor best known for playing Luke Skywalker in the Star Wars movies. He is also an acclaimed voice artist who played the Joker in Batman: The Animated Series, and in its spinoffs and video games. Hamill is the narrator of the Spiderwick Chronicles series by Holly Black and Tony DiTerlizzi.