A Brave Face: Two Cultures, Two Families, and the Iraqi Girl Who Bound Them Together (Paperback) 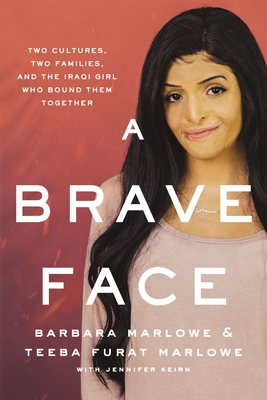 The inspirational story of an American woman who moved mountains to secure medical treatments--and eventually a home--for a young Iraqi girl severely burned in a roadside terror attack. This is a story of the astonishing power of self-sacrificial love.

On a typical Sunday morning in 2006, Barbara Marlowe saw a photo that changed her life: a photo of four-year-old Teeba Furat Fadhil, whose face, head, and hands had been severely burned during a roadside bombing in the Diyala Province of Iraq. Teeba's eyes captivated Barbara, and she yearned to help this child who had already endured more pain and suffering than anyone should bear.

Because surgeons were fleeing the war-torn country, Teeba would be unable to receive much-needed treatments if she stayed in Iraq. With powerful faith and determination, Barbara overcame obstacle after obstacle to bring Teeba from Iraq to the United States for medical treatments.

A Brave Face explores the connection forged between Barbara and Teeba's Iraqi mother Dunia over the past decade--a deep bond between two mothers that has flourished despite the distance, the strife of war, and the horrors of Al-Qaeda and ISIS. With chapters written by Teeba, now a young woman, and Dunia, the three women recount the story of courage and sacrifice that bound them together.

A Brave Face contains the messages that:

In the end, this is a story of hope. A story of building bridges. A story of the always astonishing power of self-sacrificial love.