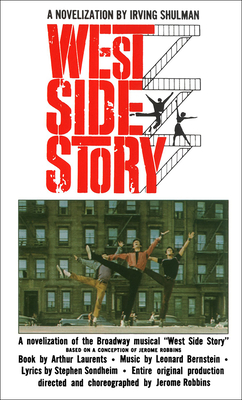 Maria was young and innocent and had never known love -- until Tony. And he, who had been desperately seeking something beyond the savagery of the streets, discovered it with her.

But Maria's brother, Bernardo, was leader of the Sharks and Tony had once led the rival Jets.

Now both gangs were claiming the same "turf." And with pressures reaching the point of explosion, there was no way to stop a rumble.

Tony promised Maria that he would stay out of it. Would he be able to keep his word? Or would their new-found love be destroyed by sudden death?