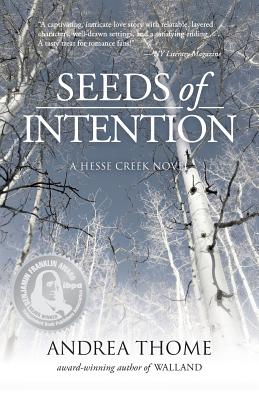 This is book number 2 in the Hesse Creek series.

Is it more important to have roots, or wings?

Garrett Oliver has just settled into his job as heir apparent to one of the most renowned master gardeners in the country. After a difficult few years, he's found a home and a renewed purpose at a famed resort in the secluded Smoky Mountains. The stars seem to be aligning for Garrett as he plans a future with his college sweetheart and envisions a simple life with her in the mountains of East Tennessee.

Willow Armstrong, fresh off a painful breakup, is coming home to Knoxville to care for her ailing father. She finds herself in the right place at the right time, landing a dream job alongside Garrett--as his boss. As they are thrown together by their work, an undeniable magnetism grows between them, despite the fact that Garrett is ready to start a future with someone else. Circumstances persist in drawing them closer, and an unexpected opportunity in Colorado prompts Willow and Garrett to wonder if a life together out west might be beyond anything either of them had dared to imagine.