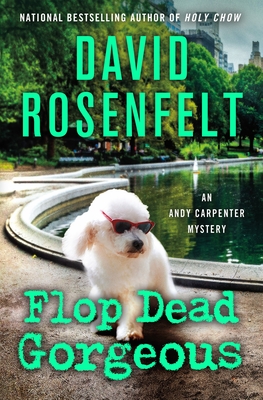 This is book number 27 in the An Andy Carpenter Novel series.

Dog rescue organization the Tara Foundation’s most well-known alumni may be Mamie, though retired lawyer Andy Carpenter remembers every dog that’s come through their doors in Paterson, New Jersey. Adopted by famous actress Jenny Nichols—Andy’s high school girlfriend—the Miniature French Poodle is now practically a starlet in her own right.

Andy doesn’t hold it against his friend. In fact, he and Laurie have dinner with Jenny while she's in town filming her next big hit. But after an eventful meal there's a plot twist none of them see coming in the form of Jenny's late-night phone call. Her co-star is dead in her kitchen, a knife in his back. It’s not long before Jenny is arrested for the murder and finds herself in need of Andy’s legal services.

While Mamie becomes reacquainted with Tara, Andy’s golden retriever, Andy digs into the lives of the rich and famous.