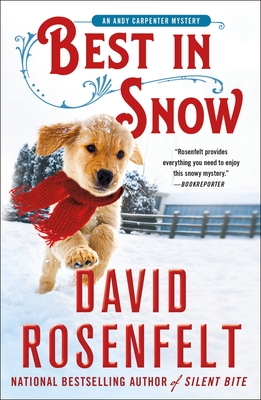 Praise for David Rosenfelt and The Andy Carpenter Mysteries

"Silent Bite is highly recommended and is proof that each new installment in the Andy Carpenter Mystery series is a winner." — Portland Book Review

“Dog lovers won’t want to miss this one.” – Publishers Weekly on Dachshund Through the Snow

“This book was a romping good time, perfect for taking a break through the stressful holidays.” — Dogster Magazine on Dachshund Through the Snow

“All the elements dedicated readers will be expecting, wrapped up in a festive Yuletide setting.” — Library Journal (starred review) on Deck the Hounds

“In each and every book, Rosenfelt manages to make the reading both humorous (laugh-out-loud funny) and edge-of-your-seat suspenseful.” —HuffPost on The Twelve Dogs of Christmas

“Heartwarming.” — Associated Press on The Twelve Dogs of Christmas