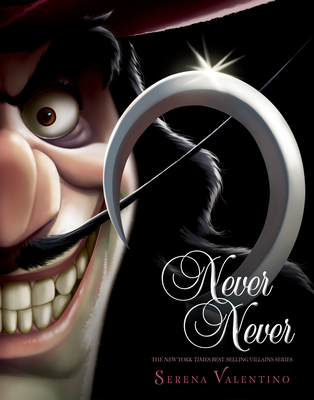 The 9th book in the New York Times bestselling Villains series tells the tale of the rise and fall of the infamous pirate, Captain Hook—a boy who grew up.

Before Peter Pan and Wendy. Before the Lost Boys. There was just a boy named James who wanted to get back to Neverland.

As a baby, James Bartholomew fell out of his pram and was taken to Neverland. James is claimed by his parents just shy of seven days—after which he would have officially become a Lost Boy. Once he returns to London, he never stops thinking about Neverland. As he grows up, he hates his life in London, and everything to do with growing up and eventually becoming a gentleman. So he seeks a position on the ship of the infamous pirate, Blackbeard.

On Blackbeard’s ship he learns to be a cutthroat pirate, and eventually becomes captain of his own ship, which James is determined to sail to Neverland. With the help of the Odd Sisters and a bit of magic, he just might get his wish. But returning to Neverland comes at a price—and now that he’s grown up, the whole world seems to be rooting for his demise…

Serena Valentino has been weaving tales that combine mythos and guile for the past decade. She has earned critical acclaim in both the comic and horror domains, where she is known for her unique style of storytelling, bringing her readers into exquisitely frightening worlds filled with terror, beauty, and extraordinary protagonists. The books in her New York Times best-selling Villains series are best enjoyed when read in the following order: Fairest of All, The Beast Within, Poor Unfortunate Soul, Mistress of All Evil, Mother Knows Best, Odd Sisters,Evil Thing, and Cold Hearted.

This fast-paced, intriguing, and immersive story will capture the attention of its readers with its page-turning adventures and themes of trust and betrayal . . . Full of magic and laughs.
—Kirkus Reviews<br><br>