Me and Earl and the Dying Girl (Revised Edition) (Paperback) 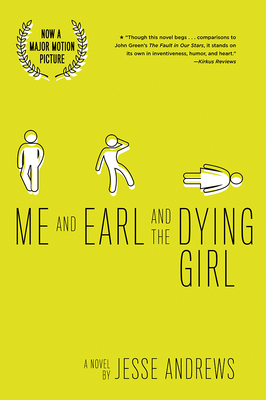 “This novel of unlikely friendship is a wry, self-effacing, sarcastic read that is impossible to put down. When Greg's (sort of) ex-girlfriend is diagnosed with leukemia, he finds himself prodded into a half-hearted friendship. Enter Earl, Greg's only other friend, a pseudo-thug with a Napoleon complex who curses like a sailor. Of course, friendship blossoms between all three. It's the gems of discovery made by each that make this book so memorable, and it doesn't hurt that it's told with a hilarious, cinematic tone. This is an honest, smart, belly laugh-inducing, tearjerker of a novel.”
— Megan Graves, Hooray for Books!, Alexandria, VA

This is the funniest book you’ll ever read about death.

It is a universally acknowledged truth that high school sucks. But on the first day of his senior year, Greg Gaines thinks he’s figured it out. The answer to the basic existential question: How is it possible to exist in a place that sucks so bad? His strategy: remain at the periphery at all times. Keep an insanely low profile. Make mediocre films with the one person who is even sort of his friend, Earl.

This plan works for exactly eight hours. Then Greg’s mom forces him to become friends with a girl who has cancer. This brings about the destruction of Greg’s entire life.

Fiercely funny, honest, heart-breaking—this is an unforgettable novel from a bright talent, now also a film that critics are calling "a touchstone for its generation" and "an instant classic."

Jesse Andrews is the New York Times bestselling author of Me and Earl and the Dying Girl and the screenwriter of that book’s Sundance Grand Jury Prize–winning movie adaptation. He’s also the author of The Haters, which Booklist called “effortlessly readable, deeply enjoyable,” in a starred review. He lives in Brooklyn.