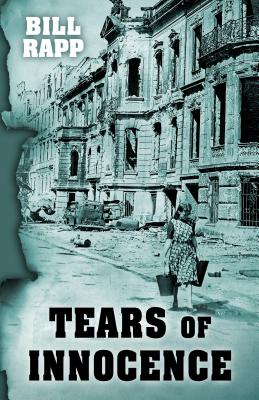 By Bill Rapp
Email or call for price
Out of Print

"In the autumn of 1945 Karl Baier a young American military officer arrives in a devastated Berlin the once mighty capital of the Third Reich. His assignment: to hunt down debrief and in some cases resettle German scientists who helped build the German war machine.

He is not alone however as America's allies during the war have become competitors in the search for Germany's scientific and industrial elite. Baier soon finds himself romantically involved with a local woman whose husband disappeared on the eastern front a woman whose husband shares Baier's name. The young American agrees to help find news of her husband's fate which she uses to draw him into a story of deceit romance and missing treasure. Soon Baier becomes the hunted as much as the hunter. Baier's quest takes him from the ruins of Berlin to Greece Bavaria and Lisbon the heart of European espionage and main escape route during the war as he searches for answers to a mystery that stretches back into the German occupation the chaotic final days of the war and into an uncertain future. Baier will have to learn who his true friends are whom he can trust and whether it is safe to love a woman whose history he can only begin to understand.

Tears of Innocence is a fast-paced thriller set in a time when Karl Baier and his country must face up to the challenges of their new role in an uncertain postwar world.
"