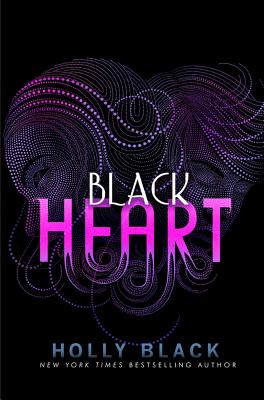 This is book number 3 in the The Curse Workers series.

But with a mother on the lam, the girl he loves about to take her place in the Mob, and new secrets coming to light, the line between what’s right and what’s wrong becomes increasingly blurred. When the Feds ask Cassel to do the one thing he said he would never do again, he needs to sort out what’s a con and what’s truth. In a dangerous game and with his life on the line, Cassel may have to make his biggest gamble yet—this time on love.

* "The conclusion to Black’s brilliant and unusual Curse Workers trilogy lives up to its predecessors. . . . The perfect end to this gem of a trilogy. If you haven’t discovered this series yet, get going; if you’re already a fan, why are you even reading this review?" --Kirkus Reviews, *STAR

"This latest installment from best-selling author Black is sure to be on readers’ radars."--Booklist

"This book doesn’t stand alone, but is a welcome addition to the series."--School Library Journal

"To be sure, knowledge of the first two books is absolutely crucial to the enjoyment of this one but fans of the series will be thrilled by this richly developed tale. . . ."--Bulletin of the Center for Children's Books

"Black Heart, the most accomplished in an incredibly accomplished series, continues to raise the stakes even higher. . . . As in the previous novels, Black toys with the reader, but to complain would be a sin. The truth is, Black Heart is essentially a perfect book."--Locus (Gwenda Bond)