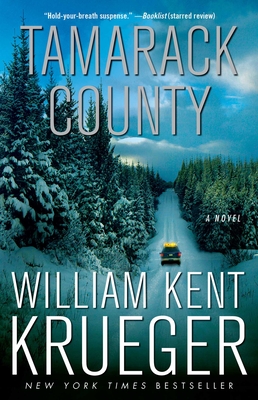 During a blizzard one bitter winter night, just days before Christmas, the car belonging to the wife of a retired local judge is discovered abandoned on a rural county road in Tamarack County. After days of fruitless searching, there is little hope that she’ll be found alive, if she’s found at all.

Cork O’Connor, the ex-sheriff of Tamarack County, notices small things about the woman’s disappearance that disturb him. When the beloved pet dog of a friend is brutally killed and beheaded, he begins to see a startling pattern in these and other recent dark occurrences in the area. And after his own son is brutally attacked and nearly killed, Cork understands that someone is spinning a deadly web in Tamarack County. At its center is a murder more than twenty years old, for which an innocent man may have been convicted. Cork remembers the case only too well. He was the deputy in charge of the investigation that sent the man to prison.

With the darkest days of the year at hand, the storms of winter continue to isolate Tamarack County. Somewhere behind the blind of all that darkness and drifting snow, a vengeful force is at work. And Cork has only hours to stop it before his family and friends pay the ultimate price for the sins of others.

“...a winter’s tale that will both break and warm the reader’s heart.... Krueger’s evident empathy for the Ojibwe and their traditions and values blends seamlessly with horrific violence played out against O’Connor’s struggles to heal his family’s wounds—and his own.”
— Publishers Weekly (starred review)

“...hold-your-breath suspense, heightened by the isolating blizzards of a Minnesota winter and the eerie presence of a stalker.... Because Krueger works in the history of his characters’ relationships in a clear and elegant way, this exceptionally scary suspense story will prove riveting for both newcomers to the series and readers who have followed Cork as he and his family have aged and grown.”
— Booklist (starred review)

“Krueger is in fine form in this superb, highly atmospheric tale, deftly capturing a wide range of emotions and conflicts between assorted characters. . .you’re in for a real treat.”
— Lansing Journal (Michigan)