Haunts of the White City: Ghost Stories from the World's Fair, the Great Fire and Victorian Chicago (Haunted America) (Paperback) 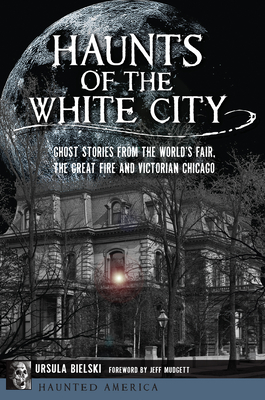 At the close of the nineteenth century, Chicago offered the world a glimpse of humanity's most breathtaking possibilities and its most jaw-dropping horrors.

Even as the White City emerged from the ashes of the Great Fire, serial killers like H.H. Holmes stalked the sparkling new boulevards and tragic accidents plagued the factories, slums and railroads that powered the churn of industrial innovation. Ship captains spoke to the dead, while undertakers discovered reanimated corpses no longer requiring services. From posh mansions built on massacre grounds to the drowned quarries of a forest preserve, Ursula Bielski follows the dark undercurrents beneath the electric lights of the World's Fair.