Out of Darkness (Hardcover) 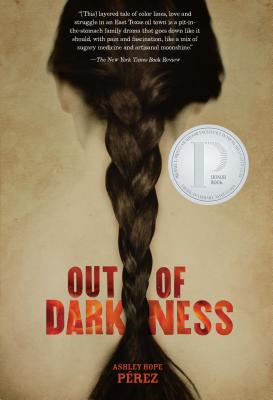 This is East Texas, and there's lines. Lines you cross, lines you don't cross. That clear?

New London, Texas. 1937. Naomi Vargas and Wash Fuller know about the lines in East Texas as well as anyone. They know the signs that mark them. They know the people who enforce them. But sometimes the attraction between two people is so powerful it breaks through even the most entrenched color lines. And the consequences can be explosive.

Ashley Hope P rez takes the facts of the 1937 New London school explosion--the worst school disaster in American history--as a backdrop for a riveting novel about segregation, love, family, and the forces that destroy people.

This] layered tale of color lines, love and struggle in an East Texas oil town is a pit-in-the-stomach family drama that goes down like it should, with pain and fascination, like a mix of sugary medicine and artisanal moonshine.--The New York Times Book Review

This book presents a range of human nature, from kindness and love to acts of racial and sexual violence. The work resonates with fear, hope, love, and the importance of memory....Set against the backdrop of an actual historical event, P rez...gives voice to many long-omitted facets of U.S. history.―starred, School Library Journal