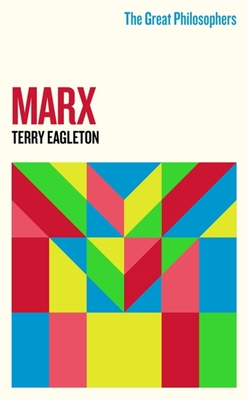 By Terry Eagleton
$7.99
Call for price

'We are free when, like artists, we produce without the goad of physical necessity' Karl Marx

For Marx, freedom entailed release from commercial labour. In this highly engaging account, Eagleton outlines the relationship between production, labour and ownership which lie at the core of Marx's thinking. Marx's utopia was a place in which labour is increasingly automated, emancipating the wealth of sensuous individual development so that 'savouring a peach [is an aspect] of our self-actualisation as much as building dams or churning out coat-hangers'.

Combining extracts from Marx's revolutionary philosophy, along with insightful analysis, this is the perfect guide to one of the world's greatest thinkers.

Acclaimed literary scholar and cultural theorist Terry Eagleton is Professor of Cultural Theory at the National University of Ireland, Galway, Professor of English Literature at Lancaster University, and Distinguished Visiting Professor of English Literature at Notre Dame. Eagleton is the author of many books including The Idea of Culture, Sweet Violence: The Idea of the Tragic, the bestselling text Literary Theory: An Introduction, Trouble with Strangers: A Study of Ethics and Why Marx Was Right.

Eagleton is a compelling writer and raconteur—POPMATTERS

Rarely have intellectual sophistication and complexity come so cheap—FINANCIAL TIMES