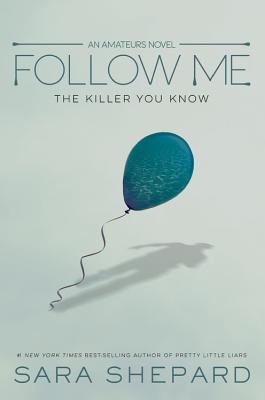 This is book number 2 in the The Amateurs series.

It was the perfect night for a party.

That is, until twenty-one-year-old Chelsea Dawson disappeared. The social media star was last seen enjoying a beautiful summer night at the Jersey Shore with her friends. But after an explosive fight with her ex-boyfriend, she vanished without a trace.

When Seneca, Maddox, Aerin, and Madison hear about the suspected kidnapping, they notice a jarring detail about the victim: she looks exactly like Aerin's sister, Helena, who was killed five years earlier. Seneca is convinced she knows who killed Helena, and she can't shake the feeling that the same person has taken Chelsea.

Desperate for answers about the two girls, and the truth behind her mother's murder, Seneca will stop at nothing to find out if the cases are linked. So when Maddox receives an invitation to the Shore from none other than their primary suspect, the Amateurs begin an intense new investigation.

Sara Shepard is the author of the Amateurs trilogy, as well as the New York Times bestselling series, Pretty Little Liars and The Lying Game. Her duology The Perfectionists is now a TV show on Freeform. She graduated from NYU and has an MFA from Brooklyn College. Visit her online at @sarabooks on Twitter and Snapchat, and @saracshepard on Instagram.

"Sara Shepard... has a knack for making the mysteries very personal to the characters, which always adds an extra layer of urgency and increases the stakes. This is especially evident in Follow Me, as each character is forced to confront things that they've been avoiding, for the sake of the case."—Hypable

PRAISE FOR THE AMATEURS

"Shepard's fans ready for a new sleuthing series will enjoy this first installment and look forward to the next case."—VOYA