How to Catch a Dragon (Hardcover) 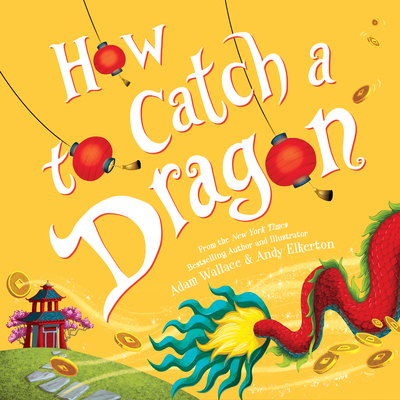 From the #1 New York Times and USA Today bestselling How to Catch series comes an all-new dragon story, a great Chinese New Year book for kids!

Do you have what it takes to snag a dragon? The How to Catch kids are off again, this time trying to catch a dragon as they chase him through Chinese New Year celebrations! Set in China during the Spring Festival, otherwise known as Chinese New Year, the wily dragon will have to avoid trap after trap as the kids run through paper lanterns, red lunar envelopes, fireworks, and more!

With bonus educational content and Mandarin translations in the back to enhance your reading experience, How to Catch a Dragon is the perfect dragon book for kids ages 3-8!

Dragons are a clever bunch,

They're difficult to catch.

You'll have to set the ultimate trap-

But have you met your match?

Also in the How to Catch Series:

Adam Wallace is a children’s writer and cartoonist living in Australia. He is the author of the New York Times bestselling How to Catch series and The Holiday Heroes Save Christmas.

Andy Elkerton is a children’s book illustrator who loves to create creatures that are impossible to catch! He is known for his work on the New York Times bestselling How to Catch series and is based in the United Kingdom.