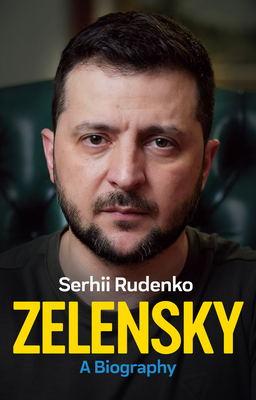 Three years after the political novice Volodymyr Zelensky was elected to Ukraine's highest office, he found himself catapulted into the role of war-time leader. The former comedian has become the public face of his country's courageous and bloody struggle against a brutal invasion.

Born to Jewish parents in central Ukraine, Zelensky campaigned for the presidency in the 2019 election on the promise to restore trust in politics. After his landslide victory, he told jubilant supporters 'I will never let you down.' Little did he know that he would be called upon to serve his people in the most demanding circumstances imaginable, fighting for the very survival of his country in the worst war on European soil since 1945.

Zelensky's leadership in the face of Russia's aggression is an inspiration to everyone who stands opposed to the appalling violence being unleashed on Ukraine.

This book tells his astonishing story.

Serhii Rudenko is a Ukrainian journalist and political commentator who has published several books on Ukrainian politicians.