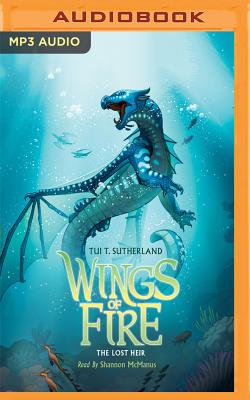 This is book number 2 in the Wings of Fire series.

NY Times & USA Today bestselling author E.G. Foley presents The Gryphon Chronicles, a new series of historical fantasy adventures that's as much fun for grownups as it is for kids

Jake is a scrappy orphaned pickpocket living by his wits on the streets of Victorian London. Lately he's started seeing ghosts, and discovers he can move solid objects with his mind He has no idea why. Next thing he knows, a Sinister Gentleman and his minions come hunting him. On the run for his life, Jake is plunged headlong into a mysterious world full of magic and deadly peril. A world that holds the secret to who he really is: the long-lost heir of an aristocratic family--with magical powers

But with treacherous enemies closing in, it will take all of his wily street instincts and the help of his friends--both human and magical--to solve the mystery of what happened to his parents, and defeat the foes who never wanted the Lost Heir of Griffon to be found...

"A wonderful novel in the same vein as Harry Potter, full of nonstop action, magical creatures, and the reality that was Queen Victoria's England." The Reading Cafe

Now Optioned For A Movie