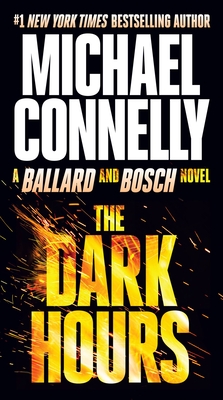 This is book number 3 in the A Renée Ballard and Harry Bosch Novel series.

In this "masterpiece,” LAPD detective Renée Ballard joins forces with Harry Bosch to find justice in a city scarred by fear and social unrest after a methodical killer strikes on New Year’s Eve (Publishers Weekly).

There’s chaos in Hollywood at the end of the New Year’s Eve countdown. Working her graveyard shift, LAPD detective Renée Ballard waits out the traditional rain of lead as hundreds of revelers shoot their guns into the air. Only minutes after midnight, Ballard is called to a scene where a hardworking auto shop owner has been fatally hit by a bullet in the middle of a crowded street party.