The Edge of Everything (MP3 CD) 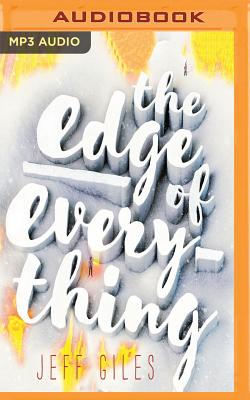 Every day Zoe struggles to keep going. The cruel winter took her father's life and left her angry and broken-hearted. As she carries her little brother through a snowstorm that could kill him in minutes, her only thought is finding shelter. The cabin beyond the woods is far from the place of safety she hoped it would be, but it is there that she meets a man whose muscular body marked with strange and primitive tattoos hints at an extraordinary story. He has the power to light up the lake, and with it Zoe's world.

Zoe calls the stranger X. He is a bounty hunter, tormented by the evils of his victims that course through his veins. X has never felt anything but hate, until he meets Zoe. She shows him what his heart is really for, and if they can find a way to be together, just maybe his pain can help Zoe forget her own.

This high-stakes, heart-pounding romance will leave the listener breathless for this breakout new series and its sequel.