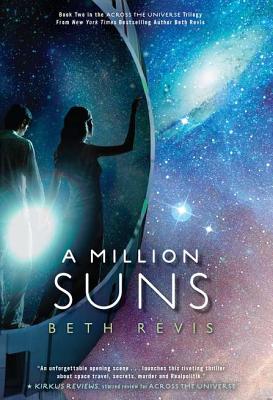 By Beth Revis
Email or call for price
Hard to Find

“In book two of this trilogy, Phydus, a mind control drug, is removed from the ship's water supply and everyone on board is now free to think for themselves. Elder is faced with the problem of telling the entire ship, which is already on the brink of revolt, that the engines are no longer operating. Meanwhile, Amy is following clues left by the previous Elder to discover an even bigger secret about the ship. There are many new twists and turns in this second installment, and it proves just as exciting as the first!”
— Madison Butler, Liberty Bay Books, Poulsbo, WA

Book 2 in the" New York Times "bestselling trilogy, perfect for fans of Battlestar Gallactica and "Prometheus"
GODSPEED WAS FUELED BY LIES. NOW IT IS RULED BY CHAOS.
It's been three months since Amy was unplugged. The life she always knew is over. Everywhere she looks, she sees the walls of the spaceship "Godspeed."But there may just be hope: Elder has assumed leadership of the ship. He's finally free to act on his vision--no more Phydus, no more lies. But when Elder learns shocking news, he and Amy must race to discover the truth behind life on "Godspeed," all the while dealing with the love that's growing between them and the chaos that threatens to tear them apart.
Beth Revis catapulted readers into the far reaches of space with her "New York Times "bestselling debut, "Across the Universe." In "A Million Suns, " Beth deepens the mystery with action, suspense, romance, and deep philosophical questions. And this time it all builds to one mind-bending conclusion: THEY HAVE TO GET OFF THIS SHIP.

Beth Revis lives in rural North Carolina with her husband and dog, and believes space is nowhere near the final frontier. "Across the Universe" is her first novel.

PRAISE FOR A MILLION SUNS:

"A fast-paced, action-packed follow-up . . . that explores not only the nature of authority and loyalty but fear of the unknown and fulfilling one's personal destiny. --LA Times

"Setting and plot are the heart and soul of this ripping space thriller, and they're unforgettable." --Kirkus Reviews, starred review

PRAISE FOR THE ACROSS THE UNIVERSE TRILOGY: