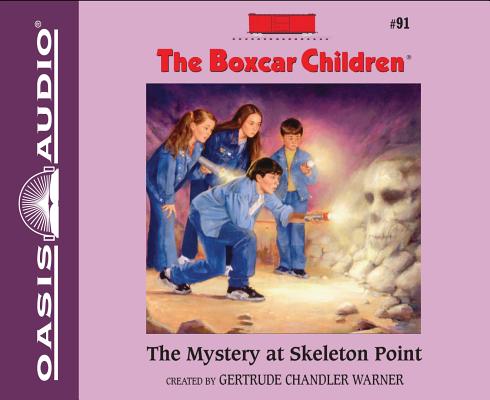 This is book number 91 in the The Boxcar Children Mysteries series.

When Grandfather’s friend bought Skeleton Point, she invited the Alden children to help her fix it up. But this empty mansion is even spookier than it looks. The man who used to live there studied bones — but the house is filled with skeletons! Then, the mansion’s valuable statues begin to disappear. Could the Skeleton Point ghost be causing mischief?

The Boxcar Children Series was created by Gertrude Chandler Warner, a teacher, when she realized that there were few, if any, books for children that were both easy and fun to read. She drew on her own experiences in writing the mysteries. As a child, she had spent hours watching trains near her home, and often dreamed about what it would be like to live in a caboose or freight car. In each story, she chose a special setting and introduced unpredictable, unusual or eccentric characters, to help highlight the Aldens’ independence and resourcefulness. Miss Warner lived in Putnam, Massachusetts until her death in 1979.