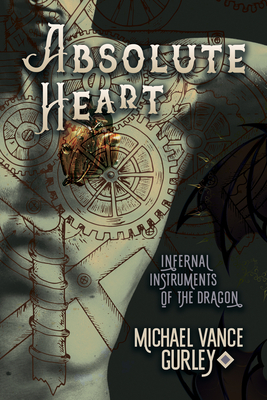 By Michael Vance Gurley
$16.99
Temporarily Out Of Stock - Can Be Ordered For You, Takes Extra Time.
(This book cannot be returned.)

Infernal Instruments of the Dragon

As the British Empire builds power based on new clockwork and steam technology, Ireland draws its might from its potent magical traditions. Only two boys with little in common can end the fighting between the two nations and prevent a terrible worldwide war.

Gavin Haveland’s dreams are in the sky with the airships, while his reality as a High Councilman’s son means hiding secrets that will get him executed if revealed.

Orion of Oberon is not just a powerful mage, he’s the nephew of the Irish queen, and the one she’s sent him on a quest for the ancient Dragon Stones that will bolster her fading power. In the process, he might restore his family to their rightful place in society.

With enemies determined to stop them by any means necessary and war or peace hinging on their success, Gavin and Orion must find a way to work together, despite the centuries of mistrust between their nations.