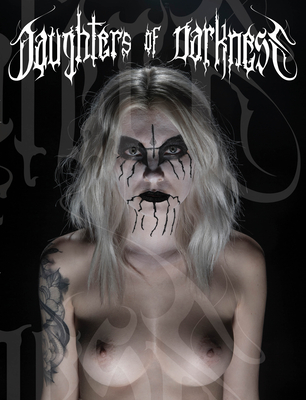 Since 2004, photographer Jeremy Saffer has been capturing images and propelling the careers of some of the biggest names in music, horror, sports and beyond. His internationally renowned photography has played a prominent role in documenting the passion and spirit of countless iconic artists of the modern era, and that work will continue for years to come. Jeremy Saffer's photography has graced the covers of internationally acclaimed magazines such as Kerrang, Revolver, and Outburn. Saffer's work has also appeared all over the pages of Metal Hammer, Alternative Press, Guitar World and many other publications. That makes for hundreds of pages bursting with Saffer's electrifying photos of nearly every modern metal and hard rock legend ranging from; Alice Cooper, Avenged Sevenfold, Bring Me The Horizon, Kirk Hammett, Korn, Lamb of God, Megadeth, Rob Zombie, Slayer and Slipknot to name a few. Jeremy Saffer is limitless, and has also shot iconic images of pop culture icons such as horror film legend Freddy Krueger's Robert Englund, Hellraiser's Doug Bradley, Machete's Danny Trejo, and the cast of AMC's The Walking Dead. Shooting for the stars, literally... Saffer moved beyond the print world by co-directing his first ever music video for In This Moment's The Fighter video, which surpassed one million views in just over a month. It is Jeremy Saffer's dynamic, and ease of a working relationship that he prides himself on with so many artists that has led to the demand of an extraordinary print series featuring artists and musicians that he's worked with over the years. This exclusive print series serves passionate music fans, and drives Saffer's artistic vision to new heights. That vision also includes the next generation of photographers, as Saffer developed a music photography seminar and workshop series in 2008. Since then, Jeremy Saffer has completed 20+ events with artists like Monte Pittman (Madonna's guitarist), Caroline William (of Texas Chainsaw Massacre fame), New Year's Day, and Vanna over the years. All the photographs and the countless hours of hard work have built the foundation for Saffer's latest project, Daughters of Darkness, the follow up to Till Death... A Guide To Love And Loss by Jeremy Saffer & Ash Costello. Having grown up on the sounds and imagery of black metal and doom, this new work features over 400 models and their unique styles, and truly evokes the essence of Saffer's artistic vision. Over a decade in the making, Daughters of Darkness fully showcases Saffer's reverence to the beauty found within music, and builds upon the body of work that will further bolster Saffer's expanding legacy.