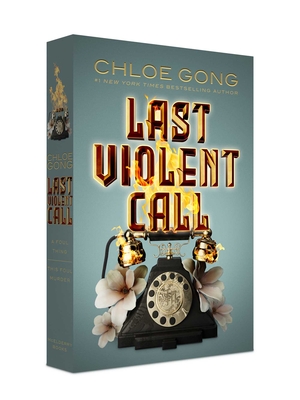 In A Foul Thing, Roma and Juliette have established themselves as the heads of an underground weapons ring in Zhouzhuang, making a living the way they do best while remaining anonymous in their peaceful, quiet life. But when they hear about several Russian girls showing up dead in nearby towns, they decide to investigate—and ultimately discover that this mystery is much closer to home than they ever imagined.

In This Foul Murder, Benedikt and Marshall have been summoned by Roma to find the elusive scientist, Lourens, and bring him to Zhouzhuang. Time is of the essence aboard the week-long Trans-Siberian Express, but when someone is murdered on board, Benedikt and Marshall convince the officer in charge not to stop the train so that they aren’t thrown off-schedule. Instead, they pretend that they are investigators and promise they can solve the murder, but as they dig deeper, they realize that the murder might having surprising ties to their own mission…

Chloe Gong is the #1 New York Times bestselling author of the critically acclaimed Secret Shanghai novels, as well as the Flesh and False Gods trilogy. Her books have been published in over twenty countries and have been featured in The New York Times, People, Forbes, and more. She is a recent graduate of the University of Pennsylvania, where she double-majored in English and international relations. Born in Shanghai and raised in Auckland, New Zealand, Chloe is now located in New York City, pretending to be a real adult.