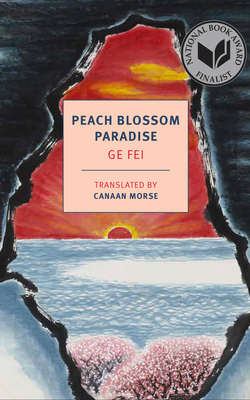 An enthralling story of revolution, idealism, and a savage struggle for utopia by one of China's greatest living novelists.

In 1898 reformist intellectuals in China persuaded the young emperor that it was time to transform his sclerotic empire into a prosperous modern state. The Hundred Days’ Reform that followed was a moment of unprecedented change and extraordinary hope—brought to an abrupt end by a bloody military coup. Dashed expectations would contribute to the revolutionary turn that Chinese history would soon take, leading in time to the deaths of millions.

Peach Blossom Paradise, set at the time of the reform, is the story of Xiumi, the daughter of a wealthy landowner and former government official who falls prey to insanity and disappears. Days later, a man with a gold cicada in his pocket turns up at his estate and is inexplicably welcomed as a relative. This mysterious man has a great vision of reforging China as an egalitarian utopia, and he will stop at nothing to make it real. It is his own plans, however, which come to nothing, and his “little sister” Xiumi is left to take up arms against a Confucian world in which women are chattel. Her campaign for change and her struggle to seize control over her own body are continually threatened by the violent whims of men who claim to be building paradise.

Ge Fei is the pen name of Liu Yong, who was born in Jiangsu Province in 1964. His scholarly publications include Kafka’s Pendulum and his fiction includes The Invisibility Cloak (available as an NYRB Classic); the Jiangnan Trilogy, of which Peach Blossom Paradise is the first volume; and the novella Flock of Brown Birds. He was awarded the 2014 Lu Xun Literary Prize and the 2015 Mao Dun Prize for Fiction.

Canaan Morse is a translator, poet, and editor. He cofounded the literary quarterly Pathlight: New Chinese Writing and has contributed translations of Chinese prose and poetry to The Kenyon Review, The Baffler, and other journals. In 2016 he translated Ge Fei’s The Invisibility Cloak for NYRB Classics.

Shortlisted for the 2021 National Book Award for Translated Literature

"An engrossing retelling of the Peach Blossom Paradise myth. . . . Rather than offering a well-trodden narrative of romance and revolution, Ge Fei shows that a determined revolutionary isn’t necessarily a shrewd one . . . [A] stirring, illuminating saga." —Publishers Weekly (starred review)

“Peach Blossom Paradise has none of the solidity of settled history. Or rather, its unspoken point is that history itself is the incalculable sum of countless individual desires and misapprehensions. . . . A degree of delicacy is required to conjure the theme of transience, and it seems to me that Canaan Morse’s translation into English is exemplary, capturing the novel’s many registers—its childhood innocence, its biting humor and its streaks of terror and brutality—while preserving the narrative buoyancy that seems to leave the entire novel levitating in midair.” —Sam Sacks, Wall Street Journal

"A complex work of alternative history (its invented characters commit deeds that parallel those of real revolutionaries int he late 1890s and early 1900s, while forming and breaking plenty of romantic attachments), it has been gracefully translated by Canaan Morse, following its initial publication in China in 2007." —Jeffery Wasserstrom, The TLS

”It is impossible to enter the deeper aspects of contemporary Chinese literature without also entering the world of Ge Fei.“ —Enrique Vila-Matas

“Unlike the spiritually stifled Beijing of The Invisibility Cloak, the rural milieu that Peach Blossom Paradise depicts is electrified, however fleetingly, by a sense that another world might be possible. . . . It has to be a rare achievement for a book this richly (and, for the most part, traditionally) plotted to end up feeling like one long, vaporous sigh.” —Andrew Chan, 4 Columns