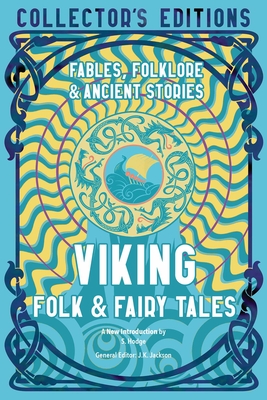 The source for many of the stories of Hans Christan Andersen and Brothers Grimm, the Viking storytelling heritage offers a lively conversation with the natural world.

Character-forming moral fables, Viking and Nordic folk and fairy tales take the magic of the natural world and combine it with the practical common sense of the everyday. Good folk are rewarded for their hard work, the honest and the faithful are valued by the gods: treasured tales from Hans Christian Andersen, such as 'The Little Match Girl', and less well known stories such as 'Katie Woodencloak' (a Norwegian Version of Cinderella) by Asbjørnsen & Moe are some of the heartwarming pieces in this new selection for the modern reader.

S. Hodge is an author, historian and artist with over 80 books published, mainly on art and history, spanning from the Knights Templar to World War Two. She also writes articles, web resources for museums and galleries, and gives workshops and lectures at schools, universities, museums, galleries, businesses and societies. She has taught in schools and colleges and contributes to radio and TV documentaries.