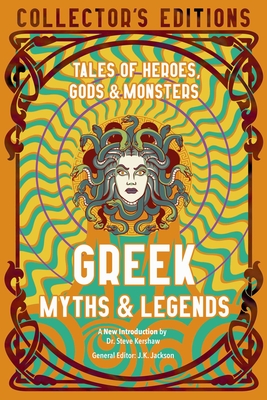 Beautiful edition with a new introduction to the mighty exploits of Zeus, Odysseus, the twelve tasks of Heracles, and the Titans, highlighting the origins of modern fiction in myth and fable.

Gorgeous Collector's Edition. From the birth of Zeus, to Prometheus, Pandora and Helen of Troy, Odysseus and Jason and the Argonauts, the myths of the Greeks and, later, the Romans, are passionate and powerfully told. The Gods are jealous of each other's powers, subject to mighty outbursts of love and always seeking vengeance. The dark forces of the ancient world were held at bay by the resourceful and emerging civilization that formed the basis of Western culture, providing a tradition of fabulous tales that are retold here.