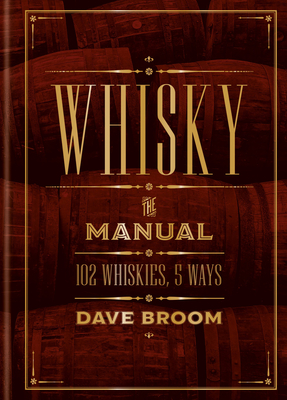 Most whisky books tell you how to become an expert. This book tells you how to drink it.

This highly accessible and enjoyable guide is full of practical and fascinating information about how to enjoy whisky. All whisky styles are covered, including (just whisper it) blends. Along the way a good few myths are exploded, including the idea that whisky has to be taken neat.

In 'What to Drink', Dave Broom explores flavor camps - how to understand a style of whisky and - moves on to provide extensive tasting notes of the major brands, demonstrating whisky's extraordinary diversity.

In 'How to Drink', he sets out how to enjoy whisky in myriad ways - using water and mixers, from soda to green tea; and in cocktails, from the Manhattan to the Rusty Nail. He even looks at pairing whisky and food.

In this spirited, entertaining, and no-nonsense guide, world-renowned expert Dave Broom dispels the mysteries of whisky and unlocks a whole host of exciting possibilities for this magical drink.

Dave Broom has written 13 books, including The World Atlas of Whisky, now in its second edition. He has won many awards, including two Glenfiddich prizes and, in 2013, he won the prestigious IWSC Communicator of the Year Award.  In 2015, he won The Spirited Award for Best Cocktail & Spirits writer, and, in 2018, The Way of Whisky won an Andre Simon prize. In 2020 he was awarded Best Drinks Writer at the Fortnum & Mason awards.

He has been a contributing editor to Whisky Magazine, scotchwhisky,com and Malt Advocate. In 2020 he started his own website thewhiskymanual.uk. He has made two films, Cuba In A Bottle and The Amber Light. The latter, an examination on whisky and Scottish culture, won Best Programme at the 2020 Fortnum & Mason awards.

Over his three-plus decades in the field, Dave has built up a considerable international following with regular training/educational visits to North America, Japan, France, Holland, Scandinavia, Germany, and Africa. He is actively involved in whisky education and also acts as a consultant to major distillers on tasting techniques as well as training professionals and the public. Dave has also worked with Suntory in developing a language of tasting that communicates Japanese concepts to English speaking audiences.