On Cats: An Anthology (Hardcover) 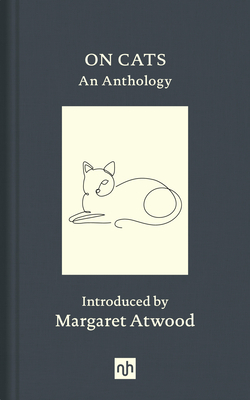 By Margaret Atwood (Introduction by), Elliot Ross (Photographs by)
$19.95

For centuries, cats have been worshipped, adored and mistrusted in equal measure. This beautiful gift book contains a selection of essays, stories, and poems on cats by writers from across the ages.

In these pages, writers reflect on the curious feline qualities that inspire such devotion in their owners, even when it seems one-sided. Cats’ affections are hard-won and often fickle. Freud considered his cat an embodiment of true egoism; Hilaire Belloc found peace in his feline companion’s complacency; and Hemingway—a famous cat-lover—wrote of drinking with his eleven cats and the pleasant distraction they gave him.

Edward Gorey can’t turn down a stray despite the trouble they cause him, and admits he has no idea what they’re thinking about; Muriel Spark gives practical advice on how to teach a cat to play ping-pong; Nikola Tesla, who helped design the modern electricity supply system, describes a seminal experience with a cat that first sparked his fascination with electricity; and Caitlin Moran considers the unexpected feelings of loss after the death of her family cat.

These writers, and many others (including Mary Gaitskill, Alice Walker, Ursula K. Le Guin, John Keats, James Bowen, Lynne Truss, and more), paint a joyful portrait of cats and their mysterious and loveable ways. As Hemingway wrote, “one cat leads to another.” The book features six black-and-white cat portraits by photographer Elliot Ross.

Margaret Atwood is the author of more than fifty books of fiction, poetry, critical essays, and comics. Her work has been published in more than forty-five countries. Dearly, her first collection of poetry in over a decade, was published in November 2020. Her latest novel, The Testaments, was a co-winner of the 2019 Booker Prize. Her other works of fiction include Cat’s Eye, finalist for the 1989 Booker Prize; Alias Grace, which won the Giller Prize in Canada and the Premio Mondello in Italy; The Blind Assassin, winner of the 2000 Booker Prize; The MaddAddam Trilogy; and Hag-Seed. She is the recipient of numerous awards, including the Peace Prize of the German Book Trade, the Franz Kafka International Literary Prize, the PEN Center USA Lifetime Achievement Award, and the Los Angeles Times Innovator’s Award. She lives in Toronto.

Elliot Ross has been a photographic artist for over fifty years. He is the author of the critically acclaimed book Animal, and his work is in the collections of The Center for Creative Photography, Tucson; The Bibliothèque Nationale, Paris; The Museum of Fine Arts, Houston; and other museums. He lives in San Francisco and New York with his wife, the writer Ellen Ullman. He began photographing animals in 2006 when, after the family cat Sadie died, Ullman put up a snapshot of her, which led Ross to wonder what Sadie had been thinking as she looked into the lens, and later on, about what we can ever know about another species’ thoughts and emotions.