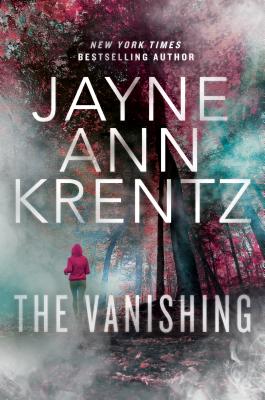 By Jayne Ann Krentz
$27.00
Temporarily Out Of Stock - Can Be Ordered For You, Takes Extra Time.

This is book number 1 in the Fogg Lake series.

Decades ago in the small town of Fogg Lake, The Incident occurred: an explosion in the cave system that released unknown gases. The residents slept for two days. When they woke up they discovered that things had changed—they had changed. Some started having visions. Others heard ominous voices. And then, scientists from a mysterious government agency arrived. Determined not to become research subjects of strange experiments, the residents of Fogg Lake blamed their “hallucinations” on food poisoning, and the story worked. But now it has become apparent that the eerie effects of The Incident are showing up in the descendants of Fogg Lake.…

Catalina Lark and Olivia LeClair, best friends and co-owners of an investigation firm in Seattle, use what they call their “other sight” to help solve cases. When Olivia suddenly vanishes one night, Cat frantically begins the search for her friend. No one takes the disappearance seriously except Slater Arganbright, an agent from a shadowy organization known only as the Foundation, who shows up at her firm with a cryptic warning.

A ruthless killer is hunting the only witnesses to a murder that occurred in the Fogg Lake caves fifteen years ago—Catalina and Olivia. And someone intends to make both women vanish.

Jayne Ann Krentz is the author of more than fifty New York Times bestsellers. She has written contemporary romantic suspense novels under that name and futuristic and historical romance novels under the pseudonyms Jayne Castle and Amanda Quick, respectively.

“Krentz expertly entwines high-stakes suspense, a paranormal-spiked plot, and a generous dollop of sexy romance with delightfully dry wit as she launches a thrilling and chilling new series…Krentz gets extra bonus points for continuing to recognize the coolness factor of librarians as well as inventing an ingenious new use for forks.”—Booklist (starred review)

“Krentz is a master at creating highly entertaining and immersive reads, and her latest doesn’t disappoint.”—BookPage

“Krentz leads readers into an immersive, atmospheric world…[and] masterfully balances mystery, romance, and the paranormal. Readers are sure to be hooked on this new series.”—Publishers Weekly

“Krentz shows her wizardry for worldbuilding and once again incorporates paranormal elements, which will thrill fans. A smart, creative series start from a romance master who always entertains.”—Kirkus Reviews (starred review)

“With romance, mystery, intrigue, and a host of paranormal elements, Krentz's latest will hook fans across genres.”—Library Journal (starred review)