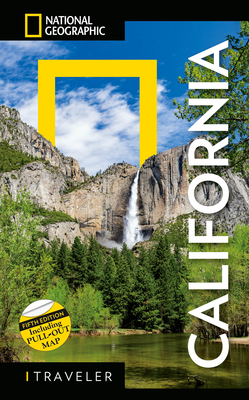 This beautifully illustrated guidebook takes you on a tour of California's different geographical areas, each with its own character and exciting excursions, from the Golden State's main attractions to hidden gems in off-the-beaten path destinations.
California is a vast territory that is unquestionably the most diversified in all of the United States. With so much to see and do, National Geographic Traveler: California is an essential tool for every visitor, providing itinerary ideas for every type of tourist—from beach-lovers to city-dwellers to road trippers. Offering ideas, advice, and suggestions from true Golden State connoisseurs, this book is filled with expert information that takes the guesswork out of planning your California vacation.
Much of California's fascination lies in its informal, cosmopolitan lifestyle, but there is so much more to see and do beyond the busy city highways. With a variety of landscapes and attractions to choose from, you'll want to visit it all, including:
Discover legendary walking and driving tours, history, and modern culture, as well as excursions to exceptional places and suggestions from National Geographic photographers and travel experts in this one-stop resource to on of America's most iconic states. It is packed with all the information you need to plan your next grand adventure.