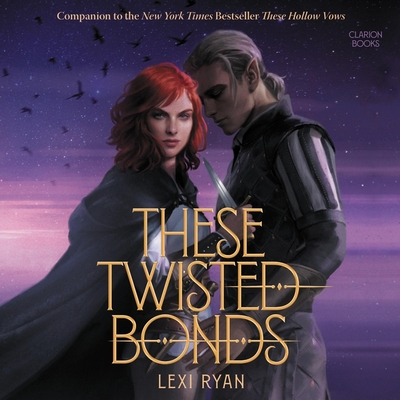 In this thrilling conclusion to the New York Times bestseller These Hollow Vows--the sexy, action-packed fantasy that started it all--Brie finds herself caught between two princes and two destinies while the future of the fae realm hangs in the balance.

After Abriella's sister was sold to the fae, she thought life couldn't get any worse. But when she suddenly finds herself caught in a web of lies of her own making--loving two princes and trusting neither--things are not quite as clear as she once thought.

As civil war wages in the Court of Darkness, Brie finds herself unable to choose a side. How can she know where she stands when she doesn't even know herself anymore? In this darkly romantic thrill ride, the more Faerie is torn apart from the inside, the clearer it becomes that prophecies don't lie and Brie has a role to play in the fate of this magical realm--whether she likes it or not.