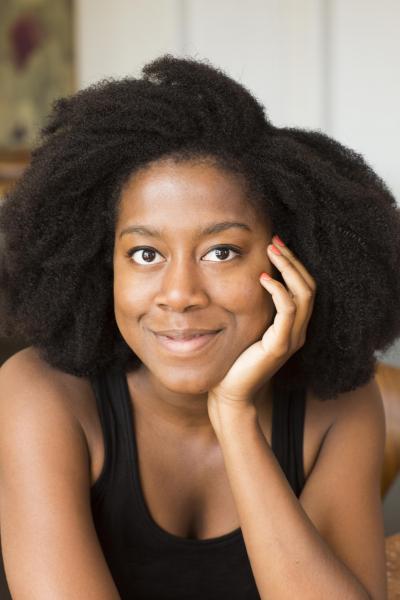 Tomi Adeyemi conjures a stunning world of dark magic and danger in her West African-inspired fantasy debut, perfect for fans of Leigh Bardugo and Sabaa Tahir.

They killed my mother.
They took our magic.
They tried to bury us.

But everything changed the night magic disappeared. Under the orders of a ruthless king, maji were killed, leaving Zélie without a mother and her people without hope.

Now Zélie has one chance to bring back magic and strike against the monarchy. With the help of a rogue princess, Zélie must outwit and outrun the crown prince, who is hell-bent on eradicating magic for good.

Danger lurks in Orïsha, where snow leoponaires prowl and vengeful spirits wait in the waters. Yet the greatest danger may be Zélie herself as she struggles to control her powers - and her growing feelings for an enemy.

“The next big thing in literature and film.”--Ebony

“One of the biggest young adult fiction debut book deals of the year. Aside from a compelling plot and a strong-willed heroine as the protagonist, the book deals with larger themes, like race and power, that are being discussed in real time.”--Teen Vogue

“Tomi Adeyemi is about to take both the literature and film world by storm.”--Jet

Fellow author Veronica Roth will be in conversation with Tomi; Veronica's books will be available for sale (including the paperback of Carve The Mark) but she will not be signing.

This event is free and open to the public. To join the signing line, please purchase the author's book, Children of Blood and Bone, from Anderson's Bookshop.

To purchase please stop into or call Anderson's Bookshop Naperville (630) 355-2665.  Tickets must be purchased in person or over the phone for tonight's event.

Fellow author Veronica Roth will be in conversation with Tomi; Veronica's books will be available for sale (including the paperback of Carve The Mark) but she will not be signing.

All of our virtual events require registration, and some also require the purchase of a book.  Please visit our events page for the complete information about each one.