The Michael L. Printz Award recognizes the best book written for teens and is based entirely on its literary merit. In addition, we will name up to four honor books, which also represent the best young adult literature.

Allegedly by Tiffany Jackson.  A young girl, convicted of murder as a child, serves her sentence only to be placed in a group home, where, upon her release, she must grapple with starting over and an unplanned pregnancy.

American Street by Ibi Zoboi. Fabiola Toussaint, a young Haitian immigrant to the United States, must navigate her life, school and relationships, while dealing with her loud cousins after her mother is detained by the United States immigration department.

Crossing Ebenezer Creek by Tonya Bolden. Freed from slavery, Mariah and her young brother Zeke join Sherman's march through Georgia, where Mariah meets a free black named Caleb and dares to imagine the possibility of true love, but hope can come at a cost.

Dear Martin by Nic Stone. Justyce McAllister is top of his class and set for the Ivy League--but none of that matters to the police officer who just put him in handcuffs. And despite leaving his rough neighborhood behind, he can't escape the scorn of his former peers or the ridicule of his new classmates. Justyce looks to the teachings of Dr. Martin Luther King Jr. for answers. But do they hold up anymore? He starts a journal to Dr. King to find out.

Far From the Tree by Robin Benway.  Being the middle child has its ups and downs. But for Grace, an only child who was adopted at birth, discovering that she is a middle child is a different ride altogether. After putting her own baby up for adoption, she goes looking for her biological family, including Maya, her loud-mouthed younger sister, who has a lot to say about their newfound family ties.

Genuine Fraud by E. Lockhart From the author of We Were Liars comes a masterful new psychological suspense novel--the story of a young woman whose diabolical smarts are her ticket into a charmed life. But how many times can someone reinvent themselves? You be the judge.

Gentleman’s Guide to Vice and Virtue by Mackenzi Lee.  A young bisexual British lord embarks on an unforgettable Grand Tour of Europe with his best friend/secret crush. An 18th-century romantic adventure for the modern age.

Hate U Give by Angie Thomas. Sixteen-year-old Starr Carter moves between two worlds: the poor neighborhood where she lives and the fancy suburban prep school she attends. The uneasy balance between these worlds is shattered when Starr witnesses the fatal shooting of her childhood best friend Khalil at the hands of a police officer. Khalil was unarmed.

Inexplicable Logic of My Life by Benjamin Alire Saenz.  A story set on the American border with Mexico, about family and friendship, life and death, and one teen struggling to understand what his adoption does and doesn't mean about who he is.

Landscape with Invisible Hand by MT Anderson.   When jobs typically done by humans are replaced with alien technology, Adam's parents have no money for food, clean water, or medicine, forcing Adam and his girlfriend Chloe to get creative.

Librarian of Auschwitz by Antonio Iturbe.  Translated from the Spanish. Includes bibliographical references. Follows Dita Kraus from age fourteen, when she is put in charge of a few forbidden books at Auschwitz concentration camp, through the end of World War II and beyond. Based on a true story.

Little and Lion by Brandy Colbert.  Suzette returns home to Los Angeles from boarding school and grapples with her bisexual identity when she and her brother Lionel fall in love with the same girl, pushing Lionel's bipolar disorder to spin out of control and forcing Suzette to confront her own demons.

Long Way Down by Jason Reynolds.  An ode to Put the Damn Guns Down, this is National Book Award finalist and New York Times bestseller Jason Reynolds's fiercely stunning novel that takes place in sixty potent seconds--the time it takes a kid to decide whether or not he's going to murder the guy who killed his brother.

Pearl Thief by Elizabeth Wein.  Fifteen-year-old Julia Beaufort-Stuart wakes up in a hospital not knowing how she was injured, and soon befriends Euan McEwen, the Scottish Traveller boy who found her, and later, when a body is discovered, she experiences the prejudices his family has endured and tries to keep them from being framed for the crime.

Piecing Me Together by Renee Watson.  Tired of being singled out at her mostly-white private school as someone who needs support, high school junior Jade would rather participate in the school's amazing Study Abroad program than join Women to Women, a mentorship program for at-risk girls.

Soldier Boy by Keely Hutton. Follows Ricky from 1987-1991, and Samuel in 2006, as they are abducted to serve as child-soldiers in Joseph Kony's Lord's Resistance Army in Uganda. Includes historical notes and information about Friends of Orphans, an organization founded by Ricky Richard Anywar, on whose life the story is partly based.

Starfish by Akemi Bowman. Kiko Himura yearns to escape the toxic relationship with her mother by getting into her dream art school, but when things do not work out as she hoped Kiko jumps at the opportunity to tour art schools with her childhood friend, learning life-changing truths about herself and her past along the way.

Strange the Dreamer by Laini Taylor.   In the aftermath of a war between gods and men, a hero, a librarian, and a girl must battle the fantastical elements of a mysterious city stripped of its name.

They Both Die at the End by Adam Silvera.   In a near-future New York City where a service alerts people on the day they will die, teenagers Mateo Torrez and Rufus Emeterio meet using the Last Friend app and are faced with the challenge of living a lifetime on their End Day.

Vincent and Theo by Deborah Heiligman.  Meticulously researched, drawing on the 658 letters Vincent wrote to Theo during his lifetime, Heiligman weaves a tale of two lives intertwined and the extraordinary love of the Van Gogh brothers.

Warcross by Marie Lu When teenage coder Emika Chen hacks her way into the opening tournament of the Warcross Championships, she glitches herself into the game as well as a sinister plot with major consequences for the entire Warcross empire.

We Are Okay by Nina LaCour.  After leaving her life behind to go to college in New York, Marin must face the truth about the tragedy that happened in the final weeks of summer when her friend Mabel comes to visit.

Wild Beauty by Anna-Marie McLemore. In Wild Beauty, McLemore introduces a spellbinding setting and two characters who are drawn together by fate--and pulled apart by reality.

You Bring the Distant Near by Mitali Perkins.  From 1965 through the present, an Indian American family adjusts to life in New York City, alternately fending off and welcoming challenges to their own traditions.

Our voting will take place in January, prior to the Sibert Award announcement at ALA Mid-Winter. Details to follow. To participate in voting, we require the complete mock set or partial set (15 books) be purchased from Anderson’s. Special discounts apply.  Contact us to order your set or for more info! 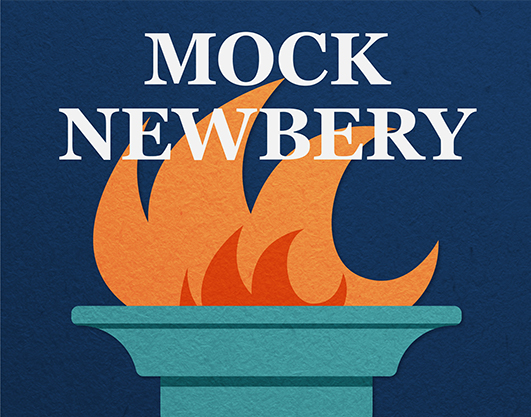 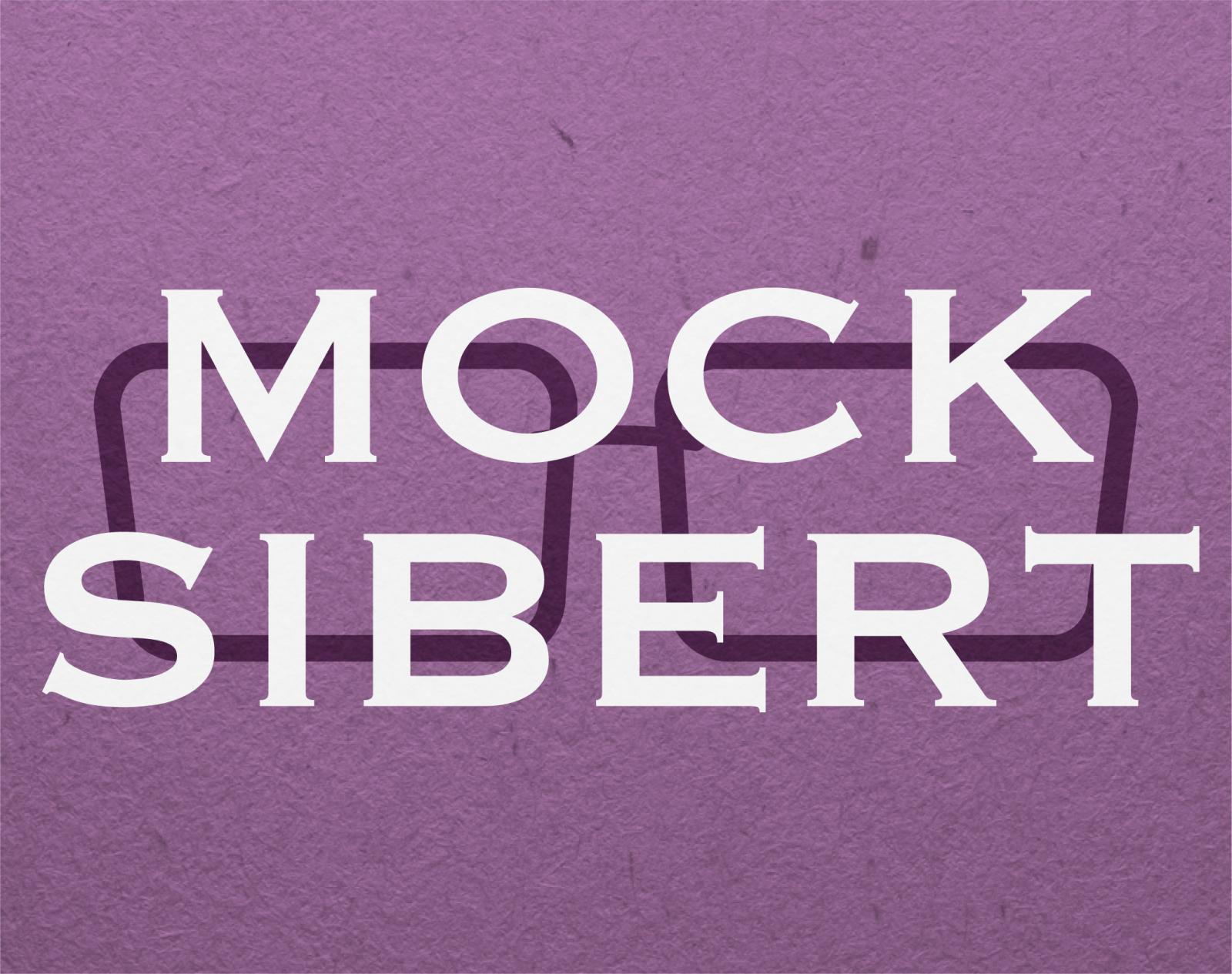